Visions – Haddo Arts Festival 2106 launched this week at an event on Tuesday at the Terrace Room at Haddo House. An exciting line up of acts is due to appear during the week of October 1st to 8th and tickets are on sale now. Prices have kept kept at very reasonable rates again this year, with the under 25s getting big discounts. 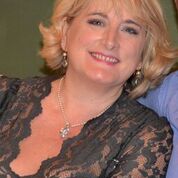 This is the fifth festival and as usual the opening concert (Saturday October 1st) will be produced by the Haddo House Choral & Operatic Society. This year it will feature the Mozart Requiem, conducted by Alice Dennis in her last concert as HHCOS Artistic Director, with her daughter Eleanor as the soprano soloist alongside Louise Mott, Jamie MacDougall, and Stefan Berkieta. The first half of the evening is particularly exciting as concert pianist Martin Roscoe will direct Mozart’s most famous Piano Concerto, no. 21 in C major from the piano. This work features the beautiful second movement employed in the 1967 Swedish film Elvira Madigan.

After performing in the Mozart Requiem in the opening concert Jamie MacDougall, the well known Scottish tenor and host of radio show ‘Classics unwrapped,’ will return the next day (Sunday 2nd) to sing some of his favourite songs and arias along with his customary banter. This lunch time concert will be followed by a light buffet lunch in the ‘Visions’ exhibition.

On the Monday night Pete Stollery will present ‘Placing Sound’ – five pieces of Electroacoustic music ‘about’ places connected with the NE of Scotland, including sound recordings made in Aberdeen, Inverurie and Forgue nr. Huntly. These will be performed in Haddo Chapel – this beautiful atmospheric venue is to be utilized by the festival for the first time this year.

On the Wednesday night, acclaimed North East author Stuart MacBride will host a talk and book signing in the library alongside young musicians from the North East Scotland Music School who will provide a short interlude of music. Stuart says he’s ‘traumatised bookshelves for years: now it’s Haddo’s turn’!

Last year the festival had a notable sell out with the hilarious Myrtle Throgmorton (AKA Jennie Chalmers) and they are delighted she is to return this year on Thursday 6th October in her new show ‘Myrtle Throgmorton takes the Biscuit’; comedy with lashings of talented support, and sturdy tights! Guests will include Colin Brockie, George Davidson and Robert Lovie amongst many others. This evening is sponsored by Walkers Shortbread. 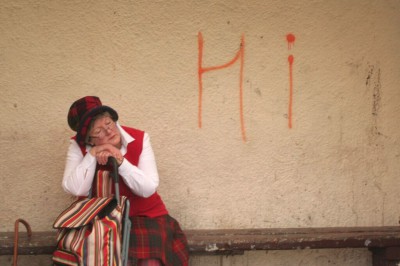 The beautiful Steinway piano at Haddo will feature again in a very special concert on the Friday (7th) when Australian concert pianist Piers Lane will play some of the most beautiful piano music ever written in a programme of Chopin played by candlelight. His inspired Nocturnes, Ballads and Fantasies are sure to capture everyone’s imagination.

The festival will close with regular festival visitors Scottish Opera who are bringing their touring production of Donizetti’s sparkling ‘The Elixir of Love’ to the Hall. Accompanied by a small ensemble of instrumentalists, this lively and lyrical comedy will appeal to audiences of all ages with its plethora of marvelous melodies. This Haddo Arts Festival performance is sponsored by BP.

The Festival’s most ambitious art exhibition yet will be open before and during all performances and audiences can order their interval drinks to be taken there.

Alongside the programme of performances the festival will also host exciting and stimulating children’s workshops with the Royal Scottish National Orchestra, specialists Children’s Classic Concerts and the ranger services from the Haddo Country Park. Buses for the workshops are being provided thanks to sponsorship from TOTAL E&P UK Limited.

The Festival Committee are also grateful to the Udny Community Trust Company for grant support for the RSNO workshops, the Jamie MacDougall lunchtime concert and Festival marketing, to the David & June Gordon Memorial Trust for grant in support of the Piers Lane concert, children’s workshops and Myrtle Throgmorton, to Stronachs for general sponsorship.

Another first for the Festival is the Haddo Visions Photography Competition. The winning photographs will be exhibited in the Pheasantry, with overall prize donated by Meldrum House Hotel in addition to their generous provision of overnight accommodation for concert pianist Piers Lane.

The Festival are looking for volunteers to help with meet and greet and front of house duties during the festival such as selling programmes. If you would like to be involved in this exciting venture, please call the information line (number below).

Tickets and more details of the photography competition are available at www.haddoartsfestival.org.uk or by calling 0333 666 3366. There is an information line on 01651 851041 for all non ticket related issues.