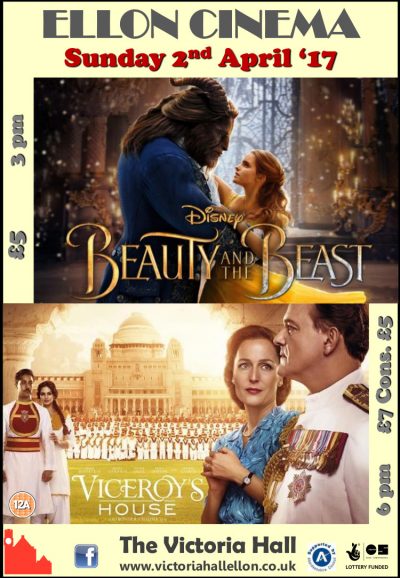 Beauty and the Beast (PG) – 3 pm – Disney’s “Beauty and the Beast” is a live-action re-telling of the studio’s animated classic which refashions the classic characters from the tale as old as time for a contemporary audience; staying true to the original music while updating the score with several new songs.

Viceroy’s House (PG) – 6 pm – Viceroy’s House in Delhi was the home of the British rulers of India. After 300 years, that rule was coming to an end. For 6 months in 1947, Lord Mountbatten, great grandson of Queen Victoria, assumed the post of the last Viceroy, charged with handing India back to its people. Genre:  History, Drama