A bit more botany for beginners

Saturday 4 July was not just an important day in the release from lockdown, but  marked #NationalMeadowsDay, an opportunity to celebrate one of the UK’s most beautiful, and now increasingly vanishing, habitats.  The scale of  loss of species rich grassland is incredible, with 7.5 million acres – that’s over 97% – of the UK’s meadows and other flower-rich grasslands lost since the 1930s. When you think that one acre of species-rich grassland can be home to nine million flowers on a single day in summer, that’s a lot of flowers, pollen and nectar as insect feed, missing from the countryside. While this in itself  may seem a concern only to a few specialists, it’s actually a lot more important than that.  Two thirds of all crop species are insect pollinated, and the lack of pollinators, especially bees, is causing serious financial loss worldwide. Wildlife agencies and charities are agreed that heavily mown grasslands are in effect, “green deserts”, providing very limited biodiversity and, particularly, food for insects, hence also restricting numbers of birds that would otherwise feed on these. For example, see Alys Fowler’s piece in the Guardian https://www.theguardian.com/lifeandstyle/shortcuts/2019/apr/24/why-you-should-turn-lawn-into-wildflower-meadow. 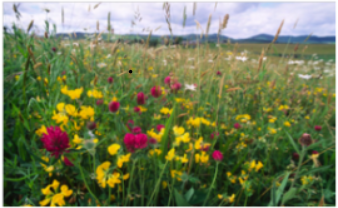 There are several areas within villages that with a bit less aggressive cutting and some planting could be transformed into something much more interesting.  There may even be funding for this from organisations such as Grow Wild (https://www.growwilduk.com/).

If anyone is interested, my own bit of species-rich grassland is just coming towards its best.